Global Issues You Should be Concerned About 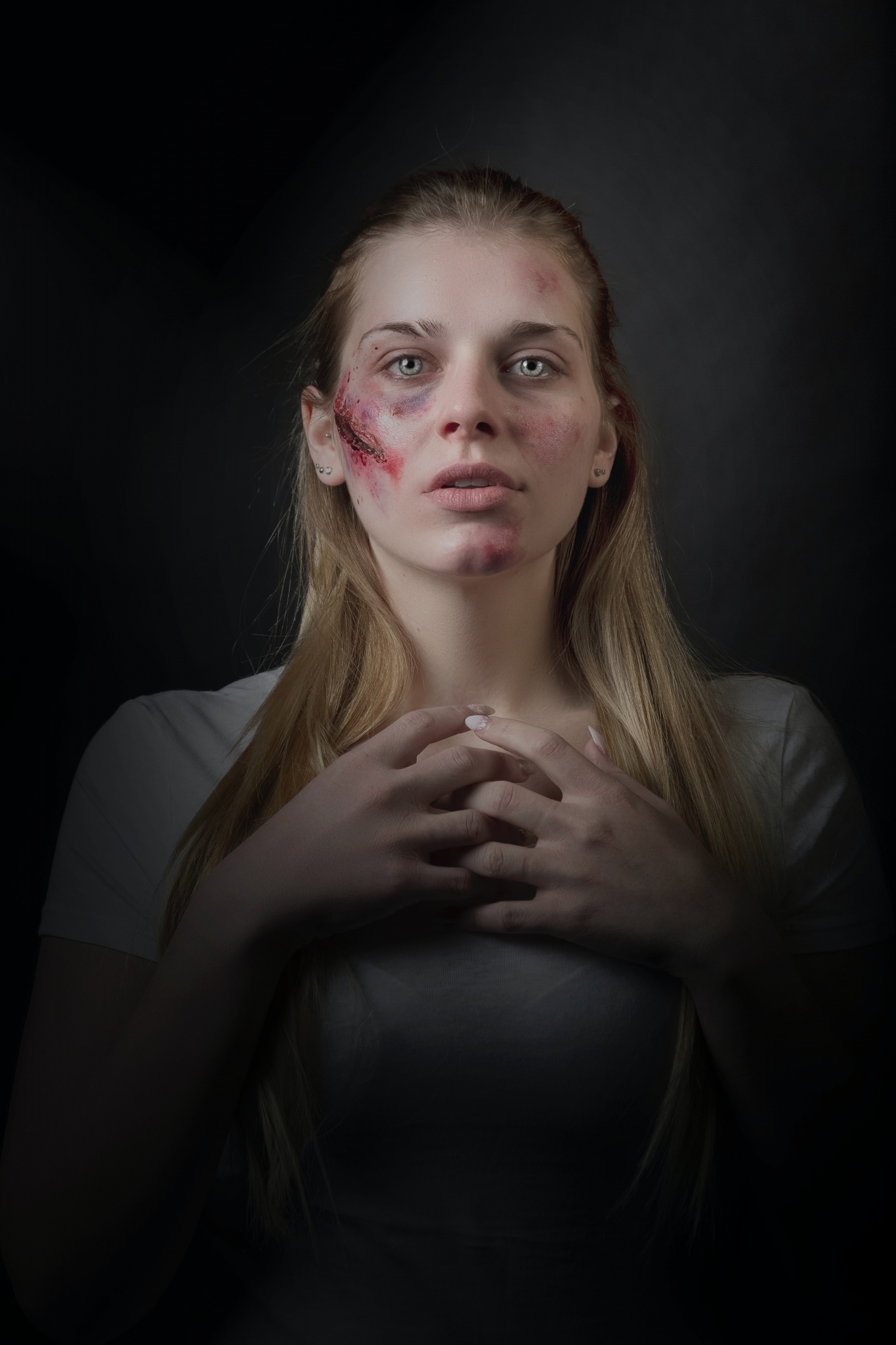 In the past, diseases such as Ebola have affected the whole world. The world faced some difficulties during this time. But due to the cooperation among nations, the disease was managed well and everything went back to normal. Currently, the global community is affected by the coronavirus. This disease has affected the operations of the whole world. Hopefully, cooperation among nations will help manage this disease as well.

Many countries such as Africa have been and still are victims of poverty. Such countries lack proper resources to take care of their citizens. Even if resources are enough, corruption is still there. This has created a huge gap between the rich and the poor. The rich keep being rich while the poor become poorer.

The aging population is another global issue that we should worry about. Most of the successful companies have employees who are in their late 40s, mid-50s, and even 60s. This is keeping the young people out, increasing the number of unemployed individuals. Most of the old people who hold high positions in companies do not want to retire. Because they believe that young people do not have experience the way they do. What they fail to put into consideration is that experience is gained through working and not by being unemployed.

This is a form of conflict that arises in homes, places of work, and even in schools. However, the most common type of violence is domestic violence. This is where a spouse or partner, abuses others either physically, emotionally, or verbally. In addition to that, domestic violence causes trauma to the victim and even children. Studies have shown that in homes where children are exposed to violence, they become bullies in school. This is not by choice, but because they think that to feel superior they have to make the other person feel weak.

People have different beliefs when it comes to religion. Some people believe that their God is more superior as compared to the other person’s God. They believe that their church and the way they do things is the best way and the Godly way. This is done to have more believers in their faith, and this usually causes conflict between religions.

Climate change is another global issue to worry about in the community. Weather patterns shift from time to time. The agricultural production and the land as a whole can be affected. In extremely hot weather conditions, agricultural based products may not produce the required output. This will result in laying off employees because there is little work to be done. In addition to that, in rainy seasons, flooding may occur and destroy the lands.

Unemployment affects many people, especially the youth who are who have finished their university degrees. Most of the population in any country is composed of the youth. When they do not have jobs, they become dependent on their caregivers. Others may even resort to bad behavior such as robbery.

In modern times, many people move to other countries, other than that which they were born. There are different reasons why people move from country to country. Some of the reasons for migration include; employment, better education, security, and better healthcare. Middle and lower class families feel lucky when one of their children migrates to a developed country. This brings hope to the community as they know that they are going to live an improved life.

Getting access to clean water is an advantage for many people. This is because the consumption of clean water is important in the prevention of water-related diseases. The world has enough water for everyone, but due to poor structure, many people lack access to water. The intake of clean and fresh water is essential in keeping the human body healthy and hydrated. Most people, especially children from water-deserted areas suffer from poor hygiene and sanitation.

Discrimination is the ability to judge a person, or a thing based on its difference with the other. It occurs in schools, at work, and even in some families. It can be based on one’s race, gender, sexual orientation, tribe, and color. This global issue seems to be happening every day in our lives. Racism is a form of discrimination that has occupied a larger space in the world. It is when people and countries believe that another race is inferior and should not be in that country. Moreover, many people and society view homosexuality as a sin. Many still believe everyone can be what they want to be. Discrimination has torn the world apart, and has been the blame for some mass shootings in the United States, including school shootings. School is one place where children should be able to feel safe. We can achieve peace only when people start seeing things differently and in a positive way.

A huge population in the world does not get adequate food to lead a good and healthy life. The United Nations have reported hunger and malnutrition as a risk to health. Most of the affected population is of children. They are either orphans or have caregivers who do not have a stable source of income. Food is a basic need, and lack of it causes malnutrition, which may, in turn, result in early deaths.

Gender equality is where an individual is able to access opportunities and resources in the country irrespective of their gender. Women and girls have occupied a large population in the global community. Gender equality is a fundamental right that everyone should possess. Besides that, there are peace and harmony in countries, who act on the gender equality rule.

Many people, especially people living in rural areas do not have access to good healthcare programs. Like in some parts of rural Africa, most pregnant women deliver through midwives. These midwives are not trained and the operation equipment they use is not clean. This risks both the lives of the pregnant woman and that of the child. Both of them can get infected. Good health results in a better economy. Better health will make more people invest actively in the country. The United Nations is promoting and protecting good healthcare worldwide.

The world is experiencing a huge number of refugees. People have left their homes for various reasons. The most common reason for displacement is war and conflict. When two countries are at war, the people of the affected countries flee from their country to another place. They do this to protect their families and are in search of a peaceful environment. Some cases are worse when the refugees sleep in the open without food or water. However, the United Nations has helped to solve this problem by providing food, shelter, and education to refugees all over the world.

This is an environmental global issue where the natural environment meets toxins, causing negative change. Pollution takes different forms, varying from noise, to chemical substances, heat or energy pollution. Activities such as burning firewood cause air pollution, which is harmful to the environment.

Child labor is where an underage child is given responsibilities that he or she cannot handle at that age. Children who have dropped out of school due to lack of school fees often fall for this. They work to raise money for their education. For example, a dropout child will be forced to work in a construction building. He will be doing all forms of labor to raise money for his or her education. Most of these children are orphans, or their caregivers are not in a position to provide for them.

Exploitation is where an individual uses power to forcefully gain more economic value from laborers or employees. In such cases, employees or laborers are forced to work past their usual time. Sometimes, they are not paid for working overtime. Usually, superiors exploit employees who have no choice but to work and make ends meet for their families. They have no option but to do as they are told because they fear losing their jobs.

A large number of children have grown up in families where their guardians abuse them either physically or sexually. Child abuse can occur in homes, schools, or even in the environment in which the child lives. In addition to that, some children are also trafficked by people they know. They blindly walk into this trap because they know they trust these people. They sell them to slavery or use them for sexual pleasures.

A terrorist attack is another global issue that we should be concerned about. Terrorism usually occurs when violence is used for religious or political reasons. This type of violence usually occurs in peace times. No one has any idea of when the attack will occur, apart from the attackers.

With the rise in the number of people in the world, resources have become short. They cannot fulfill the needs of every person. Overpopulation results from an increase in birth rates or an increase in the number of immigrants. The lowering of the mortality rate can also result in it. Overpopulation affects the country negatively as the demand for resources increases while living conditions don’t get better. The use of resources such as food and water becomes faster than their rate of growth.

This is the movement of groups of people from rural areas to urban areas. This affects the towns and cities as more people occupy these places and begin working and living there. Most of the time, urbanization and urban growth are confused to mean the same thing. The former is where people move from rural to urban areas. Whereas the latter is the increase in the number of people, living in urban centers. Urbanization causes social and economic changes in a country that can use resources more efficiently.

War crimes consist of serious abuse of the laws of war. This gives rise to criminal activities, where cases of child soldiers, rape, the killing of the public, etc become out of control.

The pollution of water happens because of human activities. When toxins are introduced into water bodies such as lakes, rivers, and oceans, the water becomes unsafe for use. This leads to water-borne diseases.

Various global issues affect the living standards of people worldwide. Most of the global issues come about because of conflict between countries. In addition to that, solving some of these conflicts require cooperation between global communities. Human activities have also led to the rise of water pollution, which is harmful to the people and the environment.